As some of you may remember, last fall I might have had a slight obsession with Pinnacle Pumpkin Pie vodka.  I made a Caramel Pumpkin Pietini, a Kahlua Pumpkin Cheesecake Martini, a Pumpkin Pie Frappuccino, a Pumpkin Mudslide AND a Cran-Pumpkin Pop.  I was just a teensy bit out of control, but come on – pumpkin pie flavored vodka?  How could you not have tons of fun with that?

And now, Pinnacle has done it again with their new flavor – Caramel Apple.  I stalked the hell out of this stuff.  I checked the online product locator, I called all the local liquor stores to see if they had it, I’d casually “drop by” Total Wine & More every week hoping to run into it in the vodka aisle.  Then finally last week, there it was.

Two bottles sat on the shelf.  I bought one.  I should have bought them both.

I had this recipe planned out in my mind as soon as the new Caramel Apple flavor was announced and just as I suspected the vodka, RumChata and apple cider all blend perfectly in this quintessentially Fall cocktail.  In a case of finding exactly what you need when you didn’t even know you needed it, I happened across a bag of Kraft Jet Puffed Caramel & Vanilla SwirlMallows on a toilet paper run to Dollar General.  I couldn’t have found a better garnish for this drink if I had been looking for one. 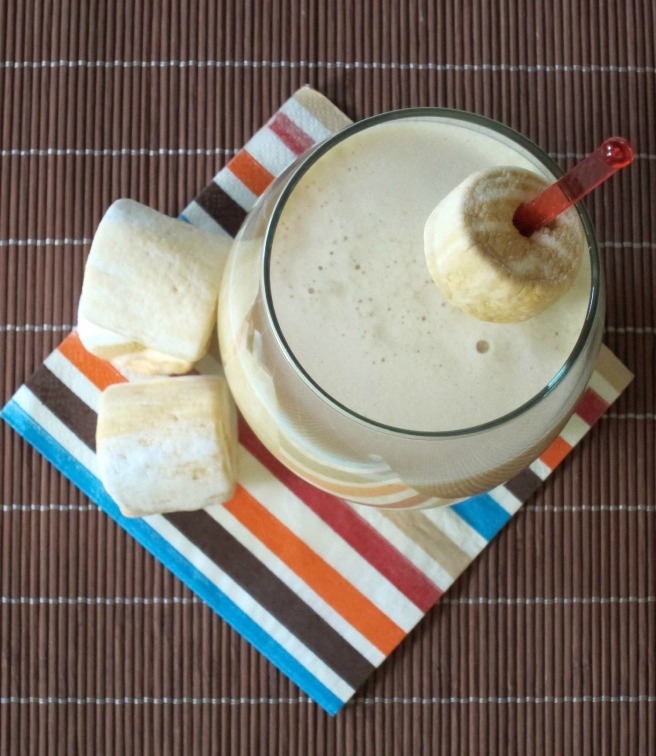 This is some seriously good stuff.  It doesn’t even taste like there is alcohol in it.  It tastes like liquid caramel apple pie with a little bit of vanilla ice cream mixed in.  Is there an award for Cocktail of the Year?  Cause this should win it. 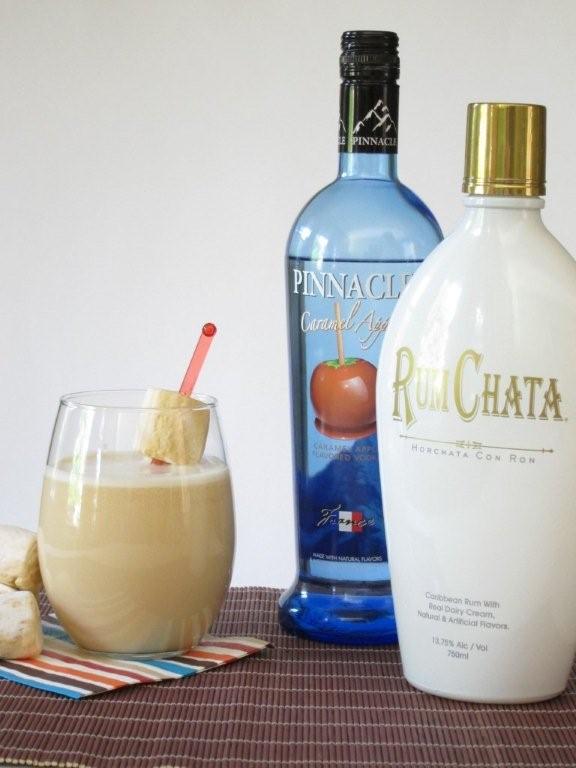 1 cup apple cider*
1 oz Pinnacle Caramel Apple vodka
1 oz RumChata
ice
* Since there is dairy in RumChata, it can curdle if combined with a liquid that has a high citric acid content.  Try to get apple cider that does not have citric acid listed as an ingredient.

Combine cider, vodka and RumChata with a few ice cubes in a cocktail shaker.  Shake vigorously for about 30 seconds and strain into a glass.  If you wish, garnish with Caramel & Vanilla SwirlMallows.  You could also rim the glass with caramel, cinnamon sugar, or both!

The cider does start to separate if you let the drink sit too long, so you might want to have a cocktail stirrer handy.  However, this cocktail is so absolutely delicious that it sitting too long really shouldn’t be an issue. 🙂

If you give this one a try (and believe me, you should!) stop back to let me know what you think!  And don’t forget to follow me on Facebook, Pinterest, Twitter and all that other good stuff!  The links are at the top right of my page!